Damaraland area is located to the north of Swakopmund and to the south of Etosha National Park. The area was allocated to Damara people where the Government purchased several farms for resettlement of this ethnic group.

KHORIXAS. Formerly known as Welwitschia. The capital of Damaraland can be reached taking C39 fr om Outjo or C35 from Henties Bay. The name was taken from Khoekhoen name for a tree with edible berries.

TWYFELFONTEIN. This rock art site can be reached taking the following roads: C39 from Khorixas, turn left on the road 3254 and right on 3214. There are signs along the route. The name means ''Doubtful fountain'' as was given by local farmer who was in doubts that a spring which existed in the area can support cattle for a long enough time. Recommended time for a visit is early morning or late afternoon on account of high temperatures and the fact that engravings are not easy visible under direct sunlight. Twyfelfontein is the largest known concentration of Stone Age petroglyphs in our country. Although the area was declared a national monument in 1952 some engravings were damaged and even removed. There are approximately 2 500 engravings around Twyfelfontein. The age of engravings has not been determined precisely but there is evidence that area was occupied as early as 6 000 years ago.

ORGAN PIPES. Returning on the road 3254 site of Organ Pipes can be reached in about 3 kilometres on. This mass of perpendicular dolerite pillars are located down the river bed. Formed by the intrusion of volcanic rock dolerite about 120 million years ago.

BURNT MOUNTAIN. The Burnt Mountain is located another couple kilometres from the site of Organ Pipes and visible from the road. The Karoo limestones which formed the mountain were deposited around 200 million years ago. About 120 million years ago, the same period when Organ Pipes were formed, volcanic lava intruded limestones and caused metamorphism giving the mountain its distinctive colour.

PETRIFIED FOREST. The turn off to the site of Petrified Forest is signposted 42 kilometres from Khorixas on the road C39. Please note that a sign is in Afrikaans. The site was declared a national monument in 1950 but suffered the same damaging attacks of souvenir hunters. Now it is strictly prohibited to remove or damage even small pieces of petrified wood! The trees are about 250 million years old and were deposited in the area by the flood which came down from areas further north. The fact that trunks do not have any branches or roots suggest that these trees grew somewh ere else and were carried to its present location by rivers or floods. The trunks were deposited in silica rich environment and were excluded from contact with oxygen which prevented decay. During the course of time molecules of silica penetrated the wood and replaced wood molecules. At present around 50 trunks can be seen on the site with the longest being more that 30 meters long.

Damaraland was an area occupied primarily by the Damara people, but it soon became the home of other tribes such as the Hereros and the displaced Riemvasmakers of South Africa. Today, many residents of Damaraland are thus of mixed heritage, but most consider themselves Damara.

The Damara name is derived from the Nama word "Dama", meaning "who walked here". This is because the Damara were known to the Nama people by the footprints they left around waterholes. From their vantage point in the mountains, the Damara were quick to spot resources such as water or animals, on the plains below, and they were therefore able to be the first groups to reach these essential resources.

The Damaraland community comprises a unique group of people who have recognised the value of the wildlife on their land and formed a Community Wildlife Conservancy to protect it. Until 1981, Damaraland was unprotected and open to poachers, mostly from outside the area. Eventually, Namibian NGO's formed a game guard system with people from the community, and interest in the welfare of the wildlife increased. After halting the poaching activities, there were many ideas on how to conserve the area and its resources sustainably.

Kaokoland comprises north-western part of the country and covers more than 70 000 sq. km. This arid and desolated area requires traveller to be fully self-sufficient regarding spare tyres, water and fuel and travel on some roads in 4x4 vehicle only. The name ''kaoko'' derived from ''okaoko'' in Herero which means ''small left arm'' was given to the area ''to the left'' of the Kunene River.

Kaokoland can be accessed from Hobatere or Palmwag. It borders Kunene River in the north, Ugab River in the south, the Namib desert, stretching along the coast in the west. Kaokoland is well known for its population of desert adapted elephants, black rhinos and occasionally groups of lions. In 1983 the system of local game rangers appointed by local headmen was introduced to protect game resources and reduce poaching. Within next couple of years more than 60 people were convicted of poaching and illegal hunting. The initiative was considered to be one of the most successful operations to curb poaching in the world. 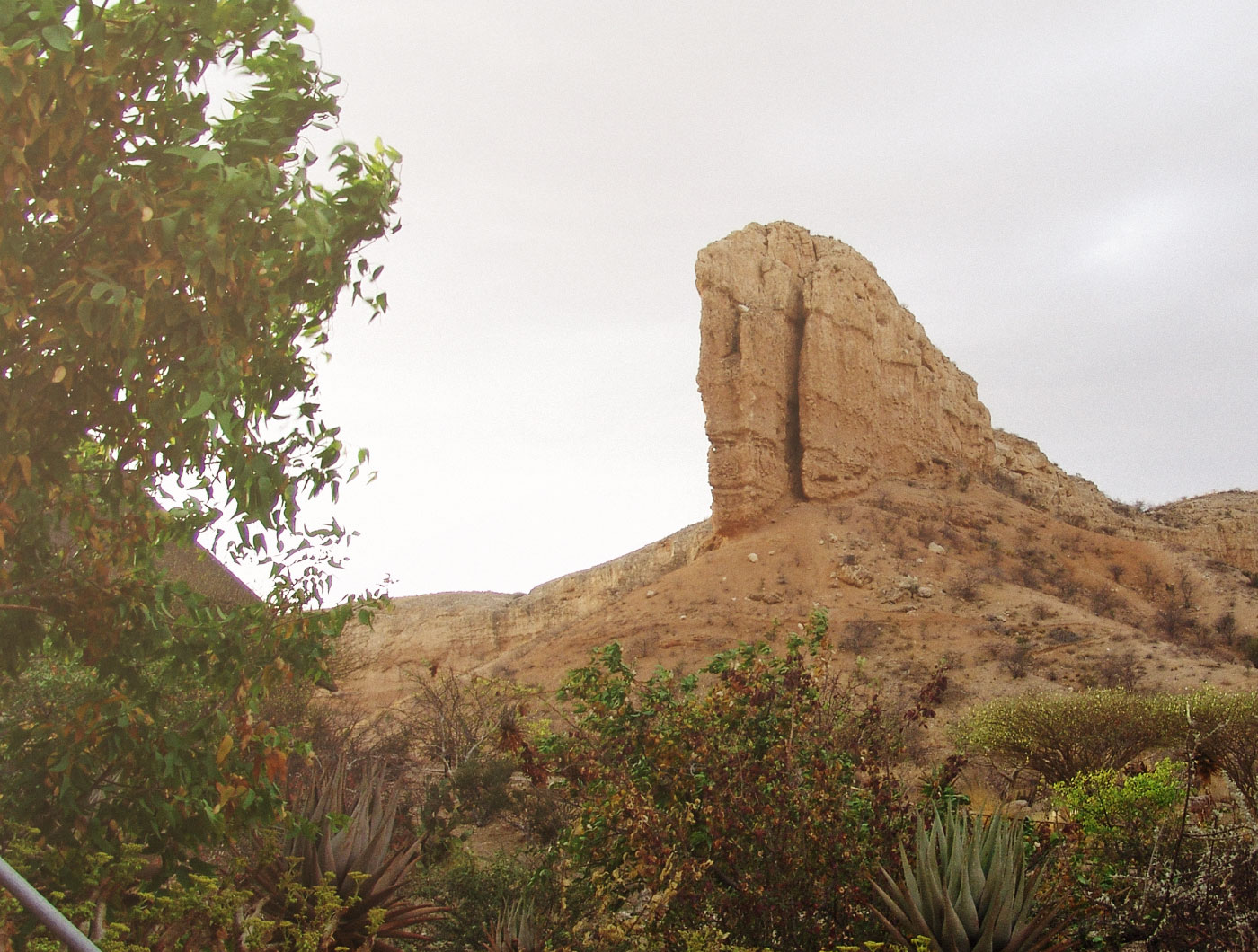 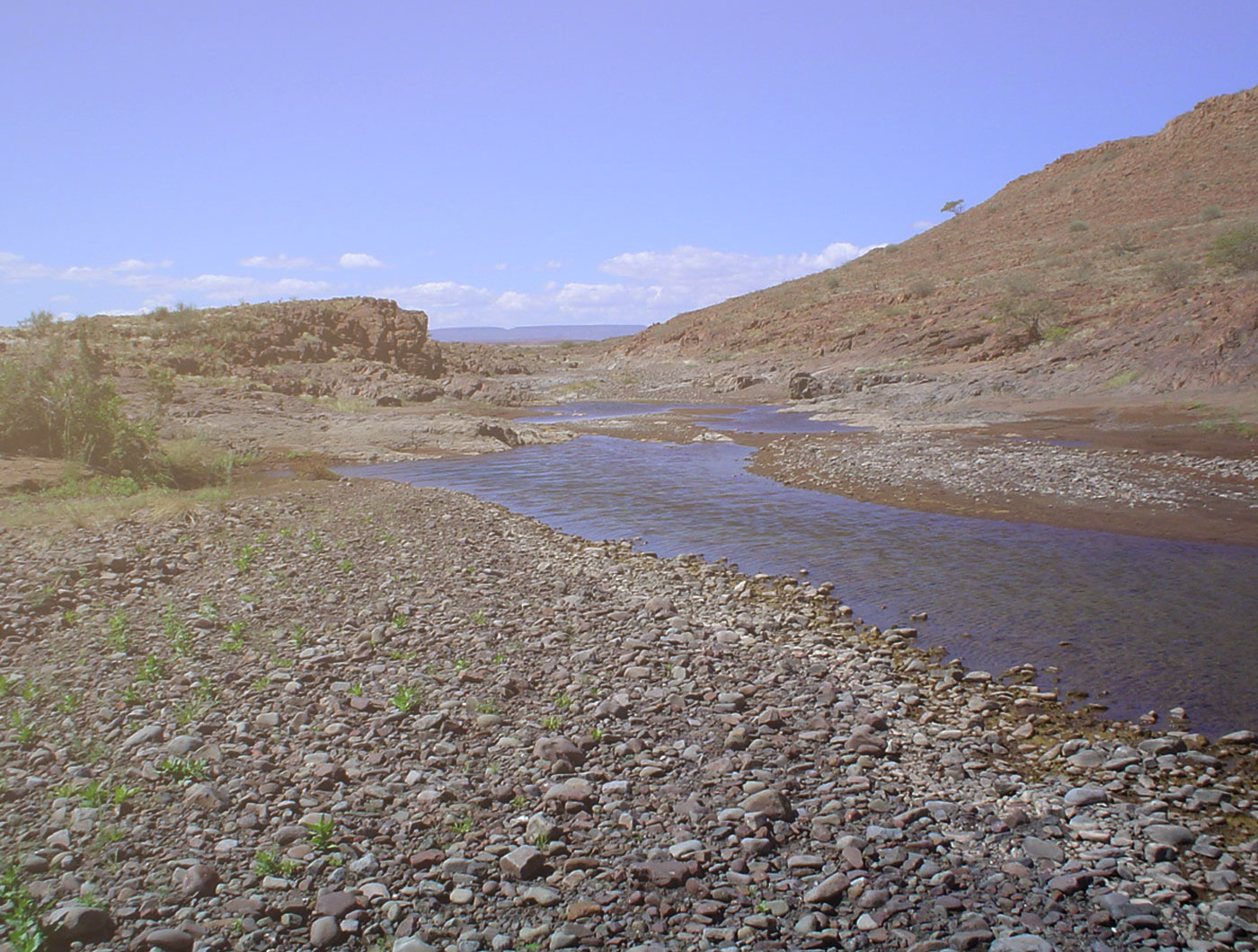 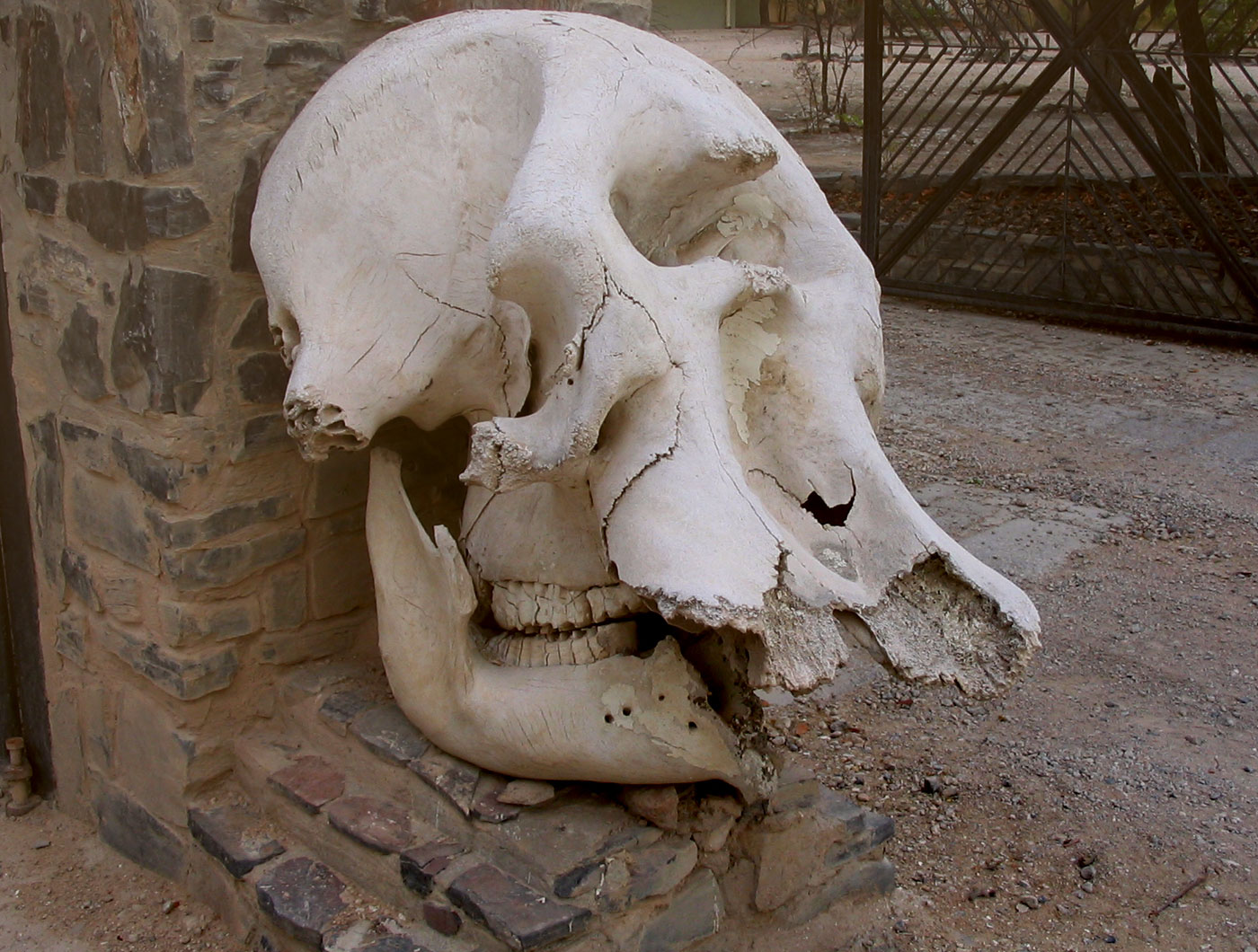 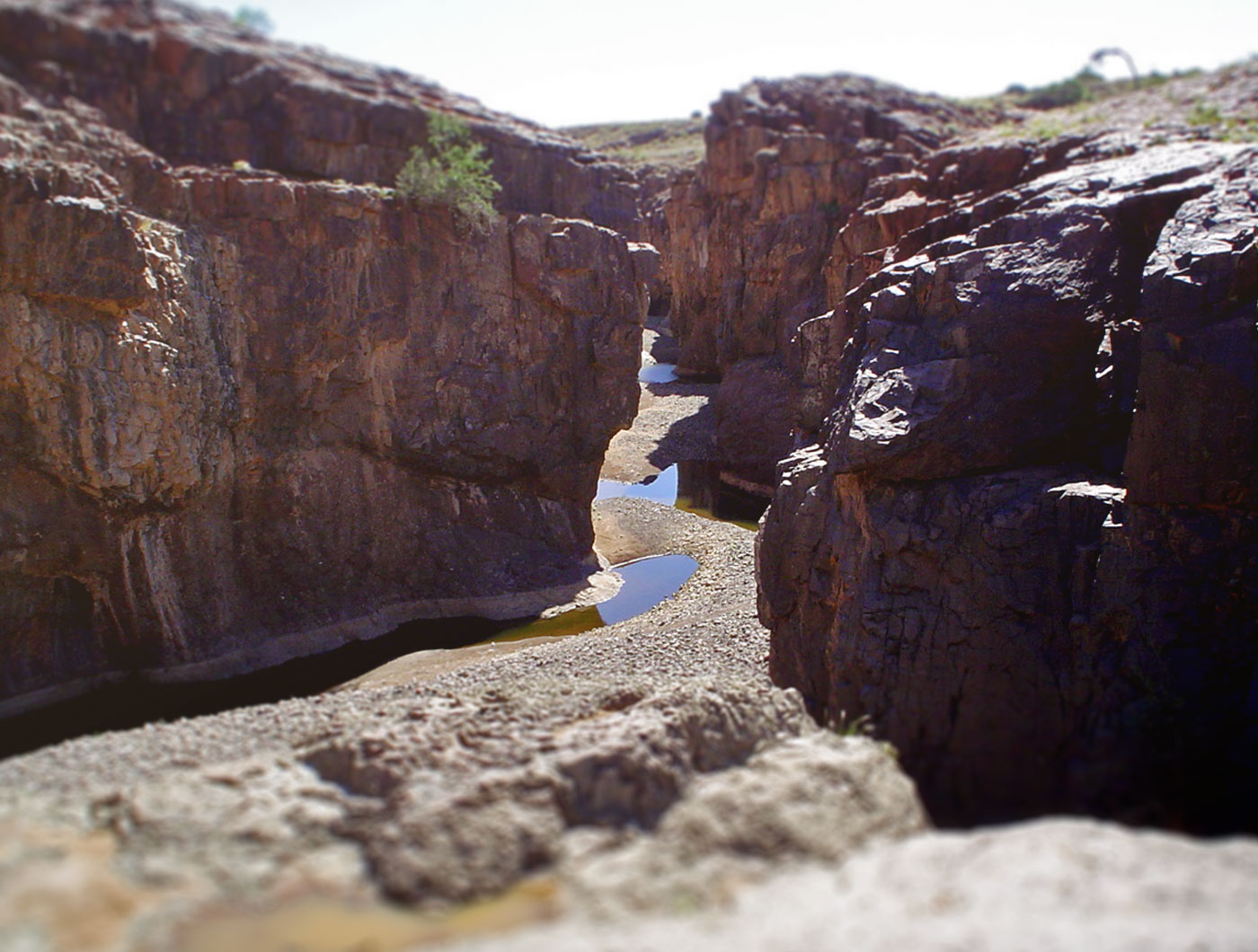 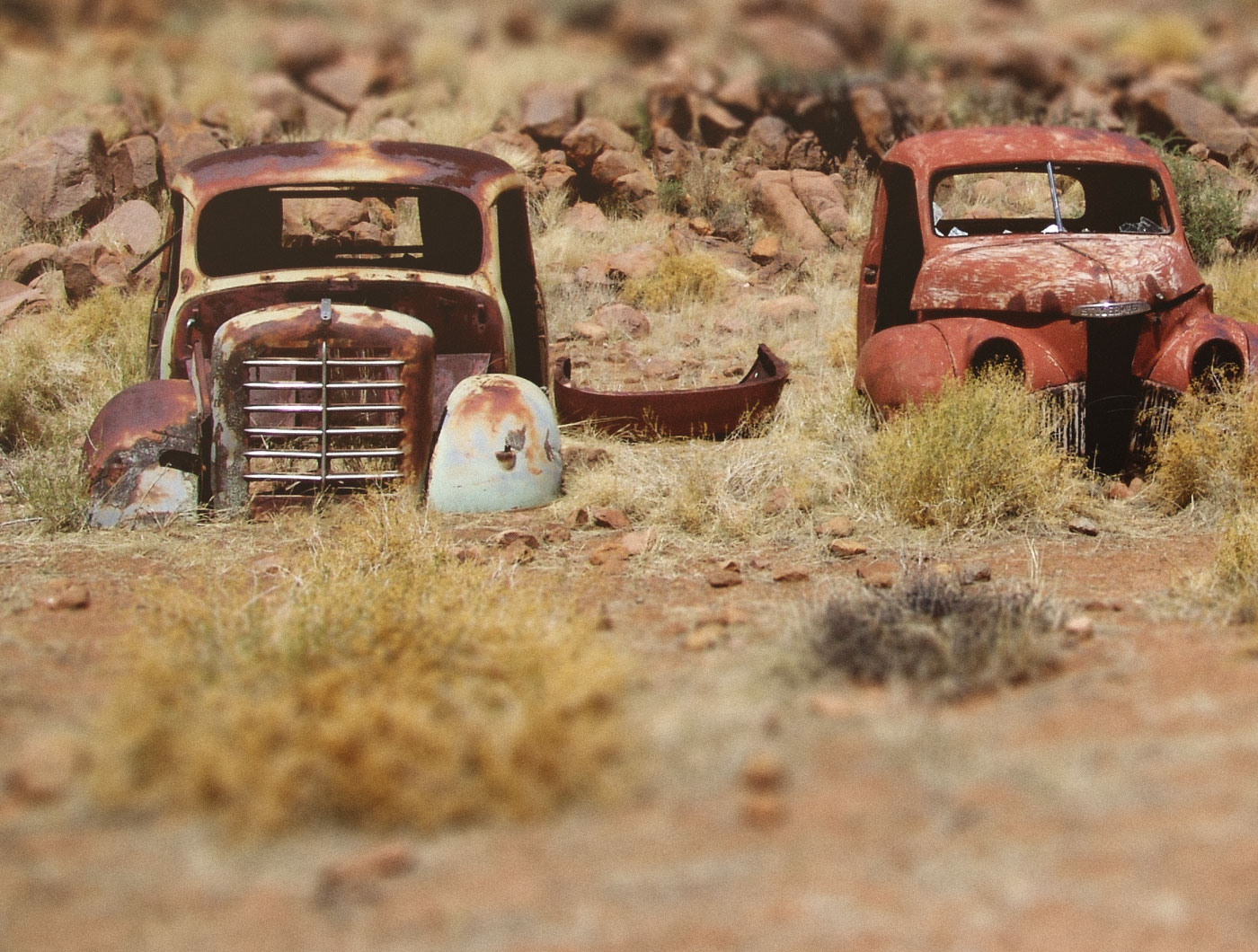